Over 900,000 people were forced to flee Mosul after Iraqi forces launched a military campaign to retake the city from Islamic State in October 2016 – including many children leaving either with their families or alone.

Photographer Brian McCarty, with the help of Destination Unknown campaign member Terre des Hommes, has told the stories of children fleeing Mosul as part of his WAR-TOYS project. Along with art therapist Myra Saad, McCarty collected drawings by children left traumatised by the violence they had experienced, and recreated their stories using toys.

Terre des Hommes is currently providing psychosocial and educational support to children in displacement camps near Mosul and Erbil – where McCarty spoke to children who had been forced to flee because of the crisis.

International observers estimate that around 90 percent of Mosul’s children did not attend school during Islamic State’s rule. However, UNICEF say around 75,000 children in western Mosul are now back in education.

Education is a fundamental right for all children, but is especially precious to children who have been forced to flee traumatic events. The psychosocial support Terre des Hommes is providing to children as they return to the classroom is key to enabling them to get their lives back on track, and restart the education that was so cruelly cut short.

The collected drawings by children who have been left traumatised by the violence they experienced. These recreations of their stories using toys not only tell a story to the outside world but formed part of the vital support Terre des Hommes provided these children to help them get thier lives back on track. 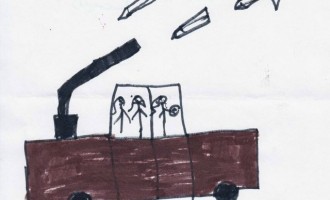 This drawing shows civilians getting trapped in firefights. 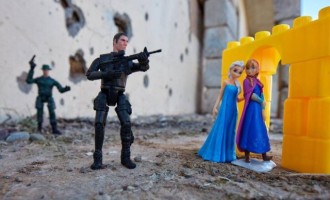 Women in Mosul were forced to leave their homes. 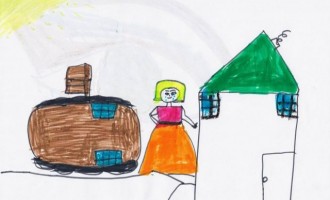 During the campaign against Islamic State in Mosul, large sections of the Sunni population denounced the human rights abuses which had taken place. 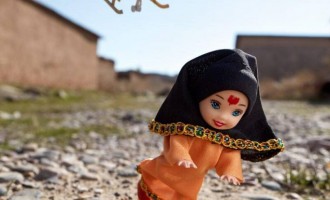 Civilians in Mosul were used as human shields by Islamic State. They were also targeted in raids by Iraqi forced. 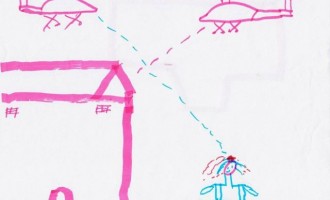 According to some estimates, US and Iraqi air raids killed as many as 10,000 civilians in Mosul. 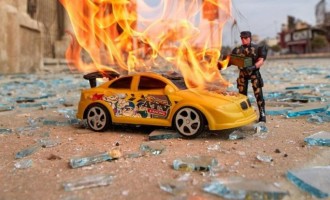 During their three-year occupation of Mosul, Islamic State destroyed much of the city’s infrastructure. The UN estimates that it will cost $700 million just to restore power to the city. 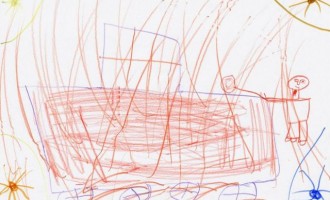 More than 32,000 households were destroyed during the nine-month military campaign. 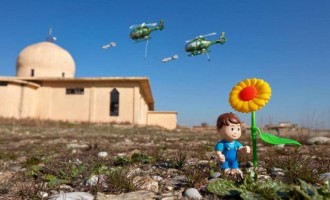 The Great Mosque of Al Nuri was blown up by Islamic State, as it was considered the symbol of the jihadist occupation. 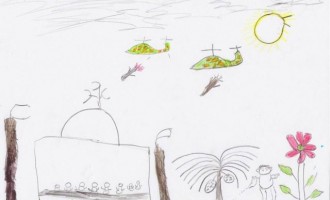 The UN estimates that around 948,000 people fled Mosul during the military campaign. It is believed that as many as 240,000 people will live away from the city long-term. 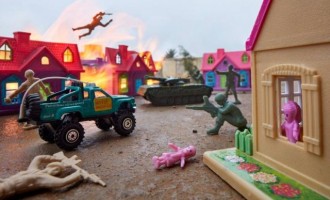 Many of Mosul’s children have suffered sever psychological trauma after living for years under Islamic State rule – often forced to stay in their homes for prolonged periods of time. 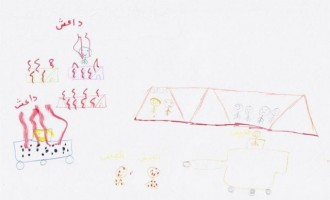 Schools and university buildings have been severely damaged by the bombings. According to the UN, over 30 percent of educational buildings are unfit for use. 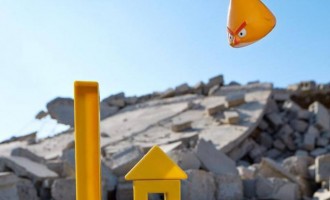