Back to the future

Project to get 18,000 Syrian refugee children back into school

Getting an education can be a difficult thing for Syrian refugee children in Lebanon.

Over 200,000 Syrian children living in the country currently have no access to school. They are in danger of becoming a ‘lost generation’ as they grow into adults without having enjoyed the benefits of long-term schooling.

But hope is on the horizon. To begin to close this massive gap in Syrian children’s education, a consortium of NGOs including Destination Unknown campaign member Terre des Hommes have launched the ‘Back to the Future’ project – opening 19 new learning centres across the country.

“The ‘Back to the Future’ project is demonstrating that our concerted effort can answer the educational needs of these children, to enable them to become the builders of a brighter future for Syria and the region,” said Julia Koch-de Biolley, Deputy Head of the delegation of the European Union to Lebanon.

The centres will look to both encourage displaced children in Lebanon to enrol in school, and minimise the risk they will drop out. Both Syrian and Lebanese children will be able to take part in playful educational activities, French, English, maths and literacy. After school courses and psychosocial help for children, teenagers and their parents will also be provided.

“Each child is unique and has a unique story. This is why our project aims to take care of each one of them, to allow them to live a better life and get back to creating their own future,” says head of the project consortium Lucia Castelli.

Various schools and other premise will be refurbished across Lebanon as part of the project, and children’s transport to and from school will also be free. The Back to the Future campaign aims to help almost 19,000 children over the next three years.

The project is being funded by the European Union’s MADAD Fund, set up in response to the Syria crisis. Along with Terre des Hommes, War Child Holland and the AVSI Foundation will roll out Back to the Future across Lebanon and beyond. 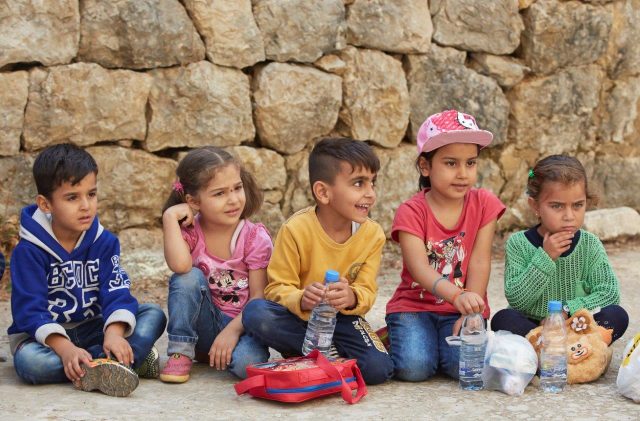