3,515 children crossed the Mediterranean to Italy between January and August 2018. The Italian reception system is organised along two lines. For many years, the first line of the reception system only focused on identifying and registering children and responding to their most urgent needs such as accommodation and food. It was only in 2017, with the introduction of the ‘Zampa’ Law, that the need for a more comprehensive approach – which would consider all the rights and needs of children as soon as they arrive – was recognised.

To fill in structural gaps before the Zampa law was introduced, Terre des Hommes (Italy) has been providing psychosocial services and referral for children in the first reception line. Since 2011, Terre des Hommes has been supporting children through psychosocial interventions as soon as they arrive. Cases needing more specialised care are also identified and referred to the necessary services with all available information, thereby ensuring a continuum of care, protection and support throughout the entire reception phase.

Prompt intervention and a continuum of care is crucial for children. According to psychologists who meet the children when they arrive, many of the children suffer from anxiety, many fear the future, some feel a sense of guilt for a loss of a friend during the trip, many fear for the lives of loved ones left behind, some suffer with post-traumatic syndromes. Many of the children report having experienced racism and humiliation in Libya. The majority of those who were detained in Libya were tortured until money was sent from home and report having been treated like an object or a slave.

Considering the violations and distress that these children have suffered, it is crucial that the first psychosocial support they receive meets certain standards. It must:

The support provided using this approach, which is based on a continuity of care, support and treatment, can be determining for the child’s future. The cases identified are monitored and followed over time; the psychological needs of children met, and their stories listened to. Today such services are provided to all children reaching any of the ports of Eastern Sicily.

This practice enables a continuum of care. It protects children and helps them to recover from distress and trauma. In the longer-term, it helps children to integrate.

Edris is 16 years old. He arrived in the port of Augusta alone, after a journey of over six months, two of which he spent in Libya.

He fled from his country, Somalia, after having been kidnapped and imprisoned for three months by the Islamic militia of Al-Shabaab to force him to fight alongside them. During the first contact with the psychosocial staff at the port, Edris appeared visibly discouraged, diffident and tired. At the end of the afternoon, a group of girls from Somalia were transferred from the port to a reception centre. For Edris this was the straw that broke the camel’s back. He was seen wandering around the camp’s square, sighing and moaning.

The team approached him and saw that Edris was trembling and out of breath, managing only to repeatedly utter a few words: “I don’t go, I don’t go... it’s cold... I don’t have a life”.

He was brought to the tent of the Provincial Health Authority, which was warm and welcoming. For the staff, there were evident symptoms of an acute anxiety state - an accelerated heart-rate and breathing and momentary absences. The psychologist offered the necessary support towards emotional stabilisation. After roughly twenty minutes, Edris was calmer and breathing normally again. It was then possible to speak with him more in-depth to verify and assess his condition and offer further support.

During the counselling, Edris said several times: “nothing has changed” and” there is no future”. His condition seemed to be linked to the pain and suffering he endured in Somalia and during his journey, and then to have been exacerbated by his arrival, where he realised that his situation was still very precarious. That night, Edris agreed to stay in the Provincial Health Authority’s tent, so that his wellbeing could be monitored. The following morning, a Terre des Hommes team reported the boy’s case of vulnerability to the local Social Services, asking for his immediate transfer from the port to a facility which could provide him with protection and treatment. Edris was transferred the same day to a second reception facility.

With a view to ensuring a continuum of care for this child, Terre des Hommes contacted the facility’s manager and psychologist to share the information they had and their views on the boy’s case.

* All names of children have been changed. 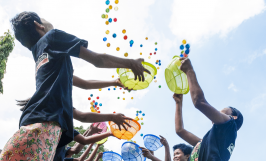 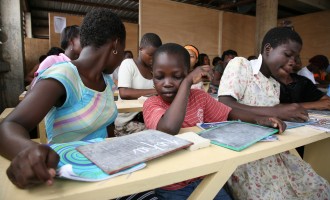 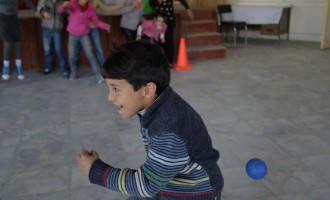